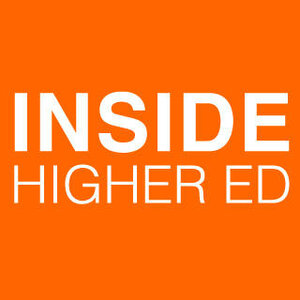 Partner and president of G/A&A, Jan Greenwood, is quoted in an article reported by Inside Higher Ed discussing why boards are beginning to look outside higher education to fill leadership positions. â€œ'Boards are willing to look broadly at people who demonstrate leadership skills,'Â said Jan Greenwood." "Looking for certain skill sets tends to broaden the candidate pool to include those who have held positions in the federal government, state government and business, Greenwood said. Such candidates have demonstrated skills in a vastly different setting from higher ed, however, so cultural fit is a key consideration." "Prospective candidates from outside higher ed often say the decision-making process at colleges and universities is too slow, Greenwood said. So an ideal candidate has a proven track record in a higher ed setting, even if he or she isnâ€™t working at a college or university at the moment of a presidential search." Jan then goes on the explain the perception of hiring a federal administrator for an executive position. "Itâ€™s easy to see how a federal administrator might be a fit. They are used to interacting with different constituencies and dealing with the often-grinding pace of change in the government." "Yet search committees can be wary of candidates from the federal government, state governments and even the military, Greenwood said. Committee members worry such candidates will be overly bureaucratic or autocratic." â€œ'Candidates have to be in apposition to convince search committees and boards that theyâ€™re not bureaucratic or autocratic, that they do understand the culture and respect the culture,'Â Greenwood said." Read the full article atÂ Insider Higher Ed: https://www.insidehighered.com/news/2018/01/15/former-obama-administration-officials-are-being-named-college-presidents