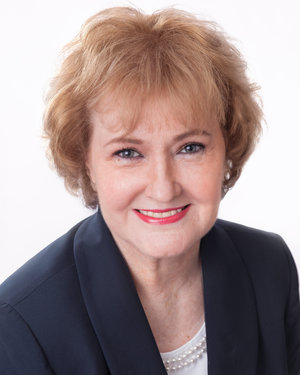 Betty Asher was one of the first women to serve as president of a flagship institution. As a search consultant she has helmed more than 500 searches, most at the president/CEO level. Having worked up through the ranks, she understands education and organizations from the bottom to the top. She began her career in higher education as a clinical counselor and career advisor, an interest that has woven through her career. Asher worked in a department of counselor education and held various roles in the vice president for student affairs office including vice president at two institutions, University of Cincinnati and Arizona State University. Further, she was an associate vice chancellor for academic affairs at the system level. As president, her accomplishments included creating an academic plan, improving student quality, increasing funding and fundraising, and enhancing research productivity. All of this experience gives her a broad understanding of the responsibilities for college and university leaders. She also was active as president of a consulting and training services firm.

Dr. Asher has been honored in many ways. She along with G/A&A co-founder Jan Greenwood, Ph.D., and other search colleagues have been awarded the American Council on Education’s Donna Shavlik Advancement of Women Award that recognizes “women who have shaped the executive search process and significantly contributed to women's equitable representation across the leadership pipeline."…Also stating that "they have been critical players in moving the needle for women in higher education leadership and shaping the executive search process, practices, and landscape."

Examples with particular meaning for her include Eastern Kentucky University’s award of the Honorary Doctor of Laws; the city of Tempe, Arizona, naming her a “Woman of Distinction;” Arizona’s State’s diversity award; and the American College Personnel Association citing her for “Outstanding Service.” Another point of pride is the number of diverse leaders she has mentored, and the diverse placements made by G/A&A.

She has given back to education, health care, and her communities through extensive service on philanthropic and corporate boards both nationally and internationally. Service examples include the National Advisory Board of Insuring Tomorrow; National Leadership, Inc.; Presidential Network on International Education of the American Council on Education; Children’s Care Hospital and School Foundation; Sioux Valley Hospital; Karl E. Mundt Foundation; Neuharth Advisory Board; North Central Association on Accreditation Teams; Golden Key National Honor Society; Phi Delta Kappa and the President’s Commission of the National Collegiate Athletic Association with service on the Restructuring Committee.

Dr. Asher earned tenure and the rank of full professor in educational psychology. She has edited more than 15 books and monographs focused on organizational development and leadership, continuous quality improvement, and environmental concerns. Asher’s education includes an Ed.D. from the University of Cincinnati, M.A. from Western Kentucky University, and B.A. from Eastern Kentucky University. She has credentials from Harvard University’s Institute for Educational Management and Dartmouth University’s Executive Management Institute as well as graduate training in group process.