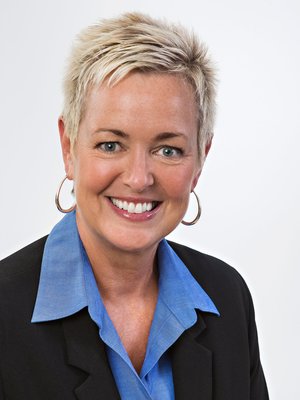 As vice president and managing director for G/A&A, Griffin oversees financial management of the firm, supervision and development of consultants and team members and organization of systems and operations. She brings a wealth of administrative expertise garnered through a successful career in K-12 leadership. She joins GA&A from recent service as chief academic officer of the Minneapolis (MN) Public Schools where she designed and implemented academic priorities to maximize the capacity of the system to provide excellent learning environments for the approximately 34,000 students in the district. Previously, in service to the approximately 24,000 students in the Bibb County Public Schools in Macon, GA, she was acting superintendent and deputy superintended of School Improvement and Redesign. In this latter role, she led the design and implementation of a district-wide strategic planning process and the development of a school redesign program to maximize the district's student learning success. Other executive roles include multiple leadership posts within the Rochester (MN) Public Schools, including executive director of School Improvement and Accountability, principal at Franklin/Montessori at Franklin Elementary Schools, principal at Churchill/Hoover Elementary Schools, interim director of Special Education and Speech/Language pathologist. She also served as an educational consultant with the Cochlear Impact Program of the Mayo Clinic in Rochester. Griffin's leadership includes service as board chair for the Child Care Resource and Referral Network (CCRR) and co-chair of the Campaign Steering Committee for the Joint Building Venture between CCRR and Rochester (MN) Boys' and Girls' Club. She was also a board member for the Rochester Area Foundation - First Steps and for the Rochester Diversity Council. She has been involved with the Communities in Schools Council of Champions, Macon Promise Neighborhoods Advisory Council and Minnesota Department of Education Desegregation and Integration Task Force. Internationally, she has served as a team leader with Global Action Youth Summer Camps held in Ukraine, Moldova and India. Griffin holds a B.S. from the University of Wisconsin-River Falls and an M.S. degree from the University of Wisconsin-Madison. She completed additional licensure coursework at the University of Minnesota-Twin Cities. She holds licenses and certificates as a district superintendent, a school principal and a speech/language pathologist in Minnesota. She has completed training to be a Leaf Level Certified Trainer in Fierce Conversations. She has been trained at Harvard University through the Public Education Leadership Project and DataWise. Other training includes Courageous Conversations, Professional Learning Communities, Positive Behavior Intervention and Support, Response to Intervention and Crisis Prevention and Intervention.