How a Nagging Detail Plays Out in a Presidential Search 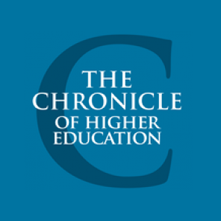 Partner and President, Jan Greenwood, comments on the importance of doing detailed vetting on finalists, including criminal-background checks, during the search process. "In her career, Ms. Greenwood has ruled out one presidential candidate who turned out not to have earned a required terminal degree and another who had conducted an affair with a board memberâ€™s wife. But a mere criminal conviction "does not knock them out," she says. If a candidate tries to hide something potentially damaging, that ruins their credibility, she says. But if they are forthcoming about potential sources of concern, she says, "we always encourage the candidate to talk directly with the chair of the committee or the hiring authority, to describe the situation and have a conversation on it, and then make a decision from there."' "In her search work, Dr. Greenwood says she sometimes runs into "issues that need to be explained" â€” some aspect of a candidateâ€™s life or rÃ©sumÃ© that might raise questions. When such issues come up, the college has some questions to ask itself. "Is the strategy to get out in front of the story, or to react to the story?" she says. "I tend to lean toward the side of: Get out in front of it. Explain it, and see where things fall out."' Read more at theÂ Chronicle of Higher Education.